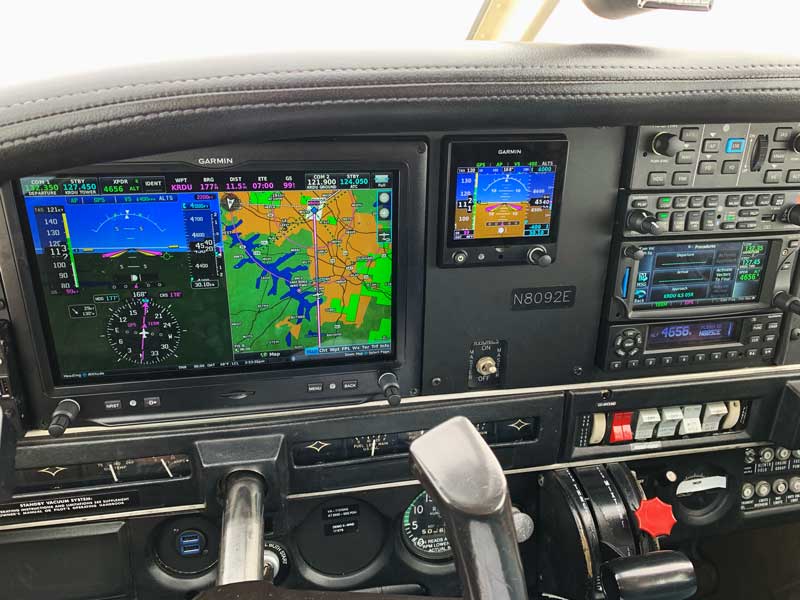 In 1976 the Archer I (Cherokee) wing planform was tapered and the aircraft were renamed Archer IIs. Archer manuals proclaim maximum cruise speeds in the 125-kt range at 75-percent power — about the same as the Warrior II's — but Archers have maximum gross weights 225 pounds greater.
Let's just say this up front: Archers aren't speed demons. Realistically, you'll get maximum true airspeeds of 120 kt or so from an Archer. Fuel burns at these settings will be approximately 10.5 gph. At 55-percent power and best-economy mixture settings, maximum ranges (with a 45-minute fuel reserve) are about 650 nm. Of course, if you fly at those power settings you'll lop 15 to 20 kt off your maximum cruise speed potential. At 75-percent power and optimum altitudes, ranges drop to 550 nm or so.
Useful loads vary with each airplane, of course, but Piper and The New Piper give maximum useful load figures of approximately 980 pounds for the Archer. Consequently, payloads with full fuel run about 700 to 800 pounds — not bad. Fill the tanks to the tabs (the 17-gallon mark in each wing tank) and your useful load jumps to approximately 775 to 886 pounds. Enough to take a spouse and kids on a 300-nm trip, say.
The Archers are tame, docile creatures with unremarkable handling characteristics. The stall is almost a nonevent, and these airplanes take a lot of provoking to spin. Many pilots feel that Archers are easy airplanes to consistently land well. They handle crosswinds with minimal fuss and minimal footwork, and make you look good in front of passengers and airport gawkers alike.*